3 Best Ways To Get Rid Of Fordyce Spots On Lips

Fordyce spots are those small, pale bumps or spots that can be found on the shaft of the penis, or in the labia, and around the lips of the face. They are not harmful but …

Fordyce spots are those small, pale bumps or spots that can be found on the shaft of the penis, or in the labia, and around the lips of the face. They are not harmful but for some cosmetic causes, they can cause great concern.

There is no treatment yet recommended by doctors for Fordyce spots. But there can be sufficient measures on how to get rid of Fordyce spots or to reduce their presence.

But what really causes the appearance of Fordyce spots? They might first appear to people who first noticed them at the first time like infections transmitted by sexual intercourse since they are most prominent around the reproductive organ.

However, in truth, these spots have nothing to do with diseases or infections since they are just natural occurrences on the human body.

Studies show that they are present at something like 70% to 80% of the population which only shows that they are common among people. Experts say that they are not caused by any viruses or bacteria. They become apparent during the stage of puberty.

Most people, upon first discovering Fordyce Spots, get a little bit agitated for a variety of reasons. They may be worried about their sexual wellbeing, their overall health, the appearance of the spots, or any other reason (we tend to find things to worry about, even if they don’t necessarily exist).

These worries and concerns about Fordyce Spots often fade away with time, but for many people, they remain ever-present.

This makes it difficult to accurately estimate who has Fordyce Spots, how severe Fordyce Spots are “on average”, and many other questions that would probably help the overall understanding of them. However, we do know a few things that you might not know already.

How to get rid of Fordyce spots?

Doctors have no standard treatment for Fordyce spots because first, they are not really as risky as many would think because naturally, they occur on almost everyone’s body. The risk of possible complications would arise if any other procedure would be administered to get rid of the spots. 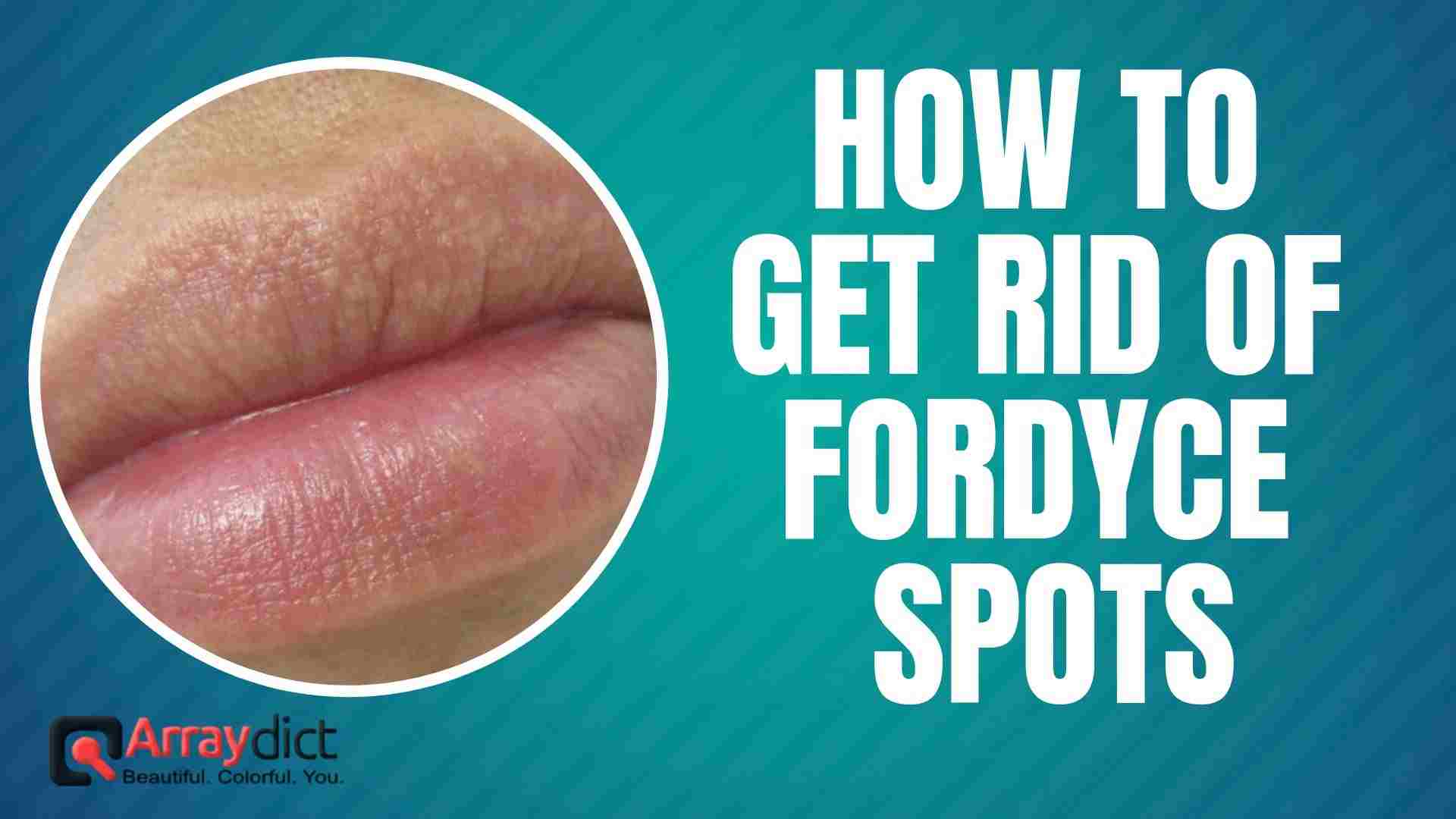 Though some people really would want to get rid of them because they make these people insecure as they would appear on the shaft of the penis like an infectious disease, they can reduce the spots or eliminate them completely by trying the following treatments:

One of the most highly recommended (but rarely used) treatments for Fordyce Spots is to freeze them off using liquid nitrogen.

You may recognize this is as a treatment that is often used for other skin conditions, but it’s not necessarily the best course of action when dealing with Fordyce Spots.

The problem is that Fordyce Spots often appear on very sensitive areas of the skin (particularly when they are on the penis, which is where they are most commonly found).

The problem is that many medical professionals will recommend this treatment because it is an extremely effective way of getting rid of it.

They may also have little interest in the future appearance of the areas affected by the Fordyce Spots, so they might not be too bothered by the prospect of ugly scars and marks that the liquid nitrogen is likely to cause. I cannot recommend using liquid nitrogen to get rid of Fordyce Spots.

The treatment is fast, but will possibly leave lasting damage, and it’s simply not worth your trouble. The treatment can also be quite expensive, so you’re far better off using an alternative treatment that will be less damaging to your skin and less risky overall.

The people who I’ve met who have used liquid nitrogen said that the scars and marks left were just as bad (if not worse) than the Fordyce Spots they started with. They also said that it did not rule out the possibility of the Fordyce Spots returning.

Tretinoin cream can be administered to the affected areas. This will help reduce the spots after a period of time and suppress the spots from occurring more.

The cream works better if it is coupled with alpha hydroxy acid agents. Tretinoin cream is usually applied to treat acne and “chicken skin”.

Try to use Isotretinoin

Isotretinoin will help reinforce to stop the spots from reappearing. But it is said that Isotretinoin may cause side-effects like headache, rash, eye irritation, dry skin, chapped lips, depression, urinary problems, nosebleed, and muscle pains. This drug is prohibited for pregnant women. It is best to consult your doctor before administering this medication.

The trichloroacetic acid chemical may also help peel off Fordyce spots. Supplementary medication is needed to stop the spots from reappearing. Trichloroacetic acid or TCA is more effective compared to other peeling chemicals and they are not as harsh as other chemicals.

Minor surgery may also treat Fordyce spots. Consult your doctor about what sort of surgery that is most effective when it comes to getting rid of Fordyce spots.

But most people who are concerned about how to get rid of Fordyce spots respond to their needs by only waiting for the spots to disappear.

Knowing that they are only natural occurrences in the human body, naturally, they might also be gone without undergoing medical treatment which may open you to the risk of side effects.

7 Best Ways to Get Rid of Nail Biting Habit