These ladies have been making waves in the music industry since they stepped onto the scene. But, they are recognized for more than just their on-stage talent. From a belly-dancing beauty to a country-girl-turned-pop-superstar, here are 10 of the shortest women in music: 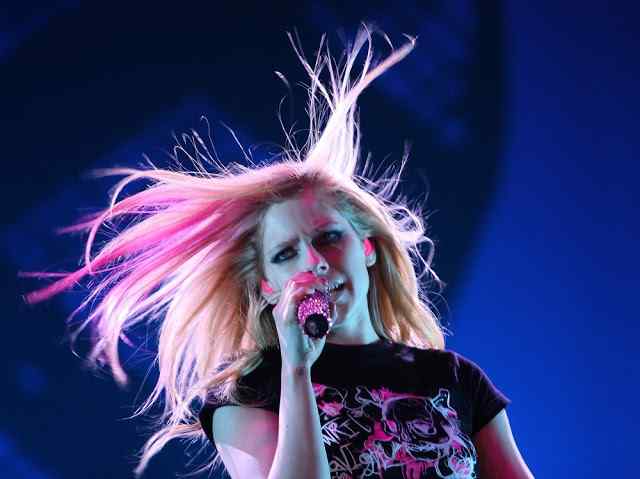 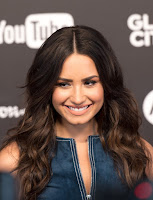 This Barney & Friends actress-turned-singer got her start in the Disney Channel film Camp Rock.

Her first album, titled Don’t Forget, came out in 2008 and included songs like “La La Land” and “Get Back.” She has released various other albums as well, such as Unbroken in 2011, Confident in 2015, and Tell Me You Love Me last year. Demi also wrote a book,

called Staying Strong: 365 Days a Year, in 2013, which inspires her readers to pursue a new goal each day as a reflection of the hardships she has faced throughout her life. She was even a judge on The X Factor from 2012 to 2013. However, this stunning celeb is known for more than just her professional work; she’s also known for her good-looks and height.

Demi Lovato is only 5’3”, so, even though she’s pretty short, this “Skyscraper” has no problem reaching the highest heights in her career. 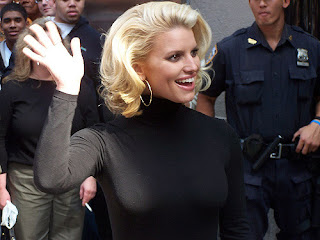 This Texas native started her career at the age of sixteen. She released her first album in 1999, titled Sweet Kisses, which made upwards of four million sales.

Her other records include 2001’s Irresistible, 2006’s A Public Affair, and Do You Know from 2008. Jessica Simpson also had her own television show with then-husband, Nick Lachey, titled Newlyweds: Nick and Jessica from 2003 to 2005.

She even dabbled in acting in movies like The Dukes of Hazzard from 2005, in which she played Daisy Duke and Employee of the Month in 2006. Simpson also made it to the top of Maxim’s Hot 100 list in 2004.

However, this star is known for more than being a blonde bombshell; she’s also recognized for her short stature. At 5’3”, she doesn’t stand as tall as most, but that didn’t stop her from becoming one of America’s sweethearts. 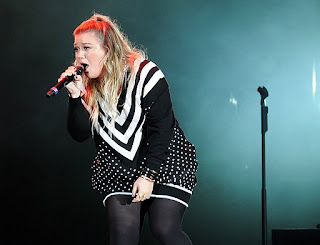 This American Idol winner gained popularity in 2002 after beating the competition and releasing the song “A Moment Like This,” which made it to the top of the Billboard Hot 100 list.

She went on to drop several successful albums, including Breakaway from 2004, All I Ever Wanted from 2009, and 2015’s Piece by Piece. Some of her most popular songs are “Because of You,” “My Life Would Suck Without You,” and “Stronger.

” Clarkson has won many awards for her work, including two Grammys for Best Pop Vocal Album in 2005 and 2012, and the Grammy for Best Female Pop Vocal Performance in 2005 for the song “Since U Been Gone.” More recently, she has also become a judge on the television series The Voice. This superstar is known for more than her talent, however.

She is also recognized for being shorter than most. Clarkson is just 5’3”, and although she’s small, her height hasn’t gotten in the way of her dreams.

This Caribbean-born rapper rose to fame in the late 2000s with the release of several mixtapes as well as her first album, titled Pink Friday.

She went on to drop two more records, including Pink Friday: Roman Reloaded in 2012 and The Pinkprint in 2014. Some of her most popular songs are “Super Bass,” “Anaconda,” and “Starships.

” Minaj has won several awards for her work, such as the 2010 BET award for Best New Artist, the 2011 BET Hip Hop Award for MVP of the Year, and the 2012 Teen Choice Award for Choice R&B/ Hip-Hop Song.

She has even done some acting, like voicing Steffie in 2012’s Ice Age: Continental Drift and playing Draya in 2016’s Barbershop: The Next Cut. She’s recognized for more than her skills as a rapper though; this superstar is also known for being short.

Minaj is only 5’2”, much smaller than the average female’s height. However, you’d never be able to tell while viewing her on TV since her tremendous personality and quirky costume choices give her a grand appearance.

This Colombian star began her career early on while she was in school. She released two albums in the 1990s that didn’t get much attention.

But, in 1996, she came out with Pies Descalzos, which gained her a lot of recognition in Latin America. In 2001, she rose to fame in the United States with the album Laundry Service, which contained the hit song “Whenever, Wherever.

” She went on to release other records, including Oral Fixation in 2005, She Wolf in 2009, and El Dorado, which came out last year.
Some of her most popular songs are “Waka Waka,” “Hips Don’t Lie,” and “She Wolf.” Shakira has also won many awards for her work, such as the Grammy for Best Latin Pop Album in 2000 and the 2005 Grammy for Best Latin Rock/ Alternative Album.

Although this artist is mostly noticed for her singing and dancing abilities, she is also known for her height. Shakira is only 5’2”, and even though she stands shorter than most women, there’s no stopping her when it comes to putting on a great show. 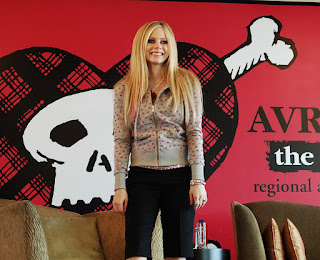 This Canadian-born singer started her career when she was just a teenager.

Her first album came out in 2002, titled Let Go, which earned her a lot of recognition worldwide through hit songs like “Complicated” and “Sk8er Boi.” Other popular songs of hers include “Girlfriend,” “My Happy Ending,” and “Nobody’s Home.

” She has won several awards for her work, such as the 2004 MTV Video Music Award for Best New Artist and the 2007 Platinum Award from the MTV Video Play Awards.

This punk-rock skater-girl is known for more than her musical career, however; she’s also known for her height! She’s shorter than most, at just 5’1”, but that never stopped her from rising to the top of the charts early on. 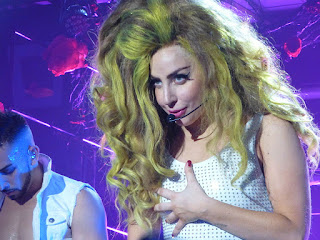 Also known as Stefani Germanotta, Lady Gaga is one of the most recognizable artists of the modern-day.

She started off by performing in small venues while attending New York University. She then dropped out to pursue her professional career. Her first album, The Fame, gained her a lot of popularity with hit songs like “Poker Face” and “Just Dance.”

Lady Gaga released several other records after that, including 2011’s Born This Way, 2013’s Artpop, and 2016’s Joanne. She has had numerous songs make it to the top of the charts, such as “Alejandro,” “Applause,” and “Bad Romance.”

She has also won six Grammys for her work, including the 2009 Grammy for Best Dance Recording and the 2010 Grammy for Best Pop Vocal Album. Lady Gaga has even dabbled in acting and was a part of the television series American Horror Story from 2015 to 2016.

However, this superstar is famous for more than her many talents; she is also recognized for her shorter-than-average height. She stands at 5’1”, but, what she lacks in stature, she makes up for with her unmatched musical prowess. 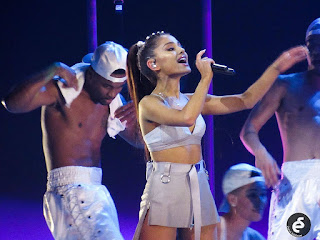 This Florida-born singer has been making a name for herself since she started her career in 2008 when she was performing as Charlotte in the Broadway musical 13.

She then began acting in the Nickelodeon TV series Victorious, in which she played Cat Valentine. Yours Truly, Grande’s first album, released in 2013 and gained her a lot of popularity with the song “The Way,” which she recorded with Mac Miller.

She has come out with two more albums since then, including My Everything in 2014 and Dangerous Woman in 2016. Some of her other hit songs are “Love Me Harder,” “Side to Side,” and “Break Free.”

However, she is recognized for more than just her singing talent; she’s also noted for being short. She is only 5’0”, but hasn’t let her lack in height stop her from becoming a household name. 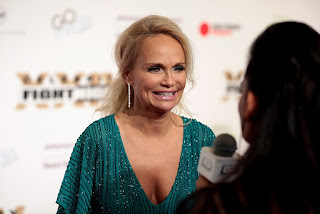 This Oklahoma native began her career in the performing arts by starring in Broadway musicals, such as You’re a Good Man, Charlie Brown and Wicked, and received a Tony Award in 1999 for the former.

She has released several albums as well, including Let Yourself Go in 2001, As I Am in 2005, and Some Lessons Learned in 2011. Chenoweth is also a well-known actress and has played in several films, such as Bewitched in 2005 and You Again in 2010.

She has also had parts in some television series, like Pushing Daisies, for which she won a 2009 Primetime Emmy, Glee, and American Gods. She has done character voicing as well, in movies like Rio 2 and The Peanuts Movie.

However, Chenoweth is recognized for more than her professional work; she is also noticed for her physical shortness. She is very small, standing at 4’11”, which makes her already-impressive voice even more awe-inspiring. 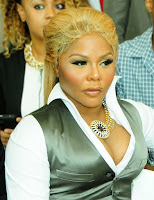 This American rapper gained recognition when she was found by The Notorious B.I.G. in 1994. She joined forces with him in the group Junior M.A.F.I.A., and they released their album, titled Conspiracy, in 1995.

Lil Kim went on to pursue a solo career and dropped her first record, Hard Core, in 1996, which includes songs like “No Time” and “Crush on You.” Her other albums are 2000’s The Notorious K.I.M., 2003’s La Bella Mafia, and 2005’s The Naked Truth. She even won a Grammy for Best Pop Collaboration with Vocals in 2001 alongside Pink, Christina Aguilera, and Mya, for the song “Lady Marmalade.”

She also competed in Dancing with the Stars in 2009 and ended up in fifth place to the dismay of many fans.
However, this star is known for more than her on-stage abilities; she’s also recognized for her short stature. Lil Kim is only 4’11”, far below the average height for women.

Nevertheless, her tremendous personality and pure talent have taken her far beyond her physical form.